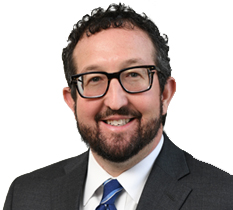 He graduated from Oklahoma State University where he received his Bachelor of Science in Business Administration in Economics and a minor in Finance in 2005. While at Oklahoma State, Tim was a member of the Beta Theta Pi Fraternity, Phi Alpha Delta Legal Fraternity, Delta Sigma Pi Business Fraternity, Economics Society, and Phi Eta Sigma Honor Fraternity.

Tim received his Juris Doctor with honor from the University of Tulsa College of Law in 2008. While in law school, he was an Editor for the Tulsa Law Review. Mr. Rogers was also a member of the Phi Delta Phi Honor Legal Honor Fraternity, Phi Kappa Phi Honor Fraternity and received the CALI “Excellence for the Future” Award for outstanding achievement in the study of Constitutional Law II.

In addition to his legal activities, Tim serves on the Board of Directors for Tulsa Mayfest International, Inc. and is a graduate of Leadership Tulsa Class 52. He is a member of the Oklahoma Chapter of the Associated Builders and Contractors, Inc. and its Young Professionals Steering Committee. Tim is also a member of the Associated General Contractors of Oklahoma and its Construction Leadership Council.