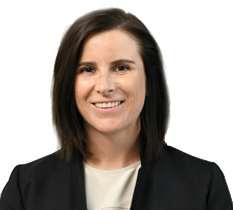 Her extensive experience and achievements earned her the “Rising Star” designation by Super Lawyers Magazine continuously from 2019 to 2022.

Anne earned her Juris Doctorate from the University of Oklahoma College of Law in 2012, where she served as a Research Editor for the American Indian Law Review, and earned the AmJur award in Agricultural Biotechnology.  She received her Bachelor of Arts degree in Letters, with a minor in Classical Culture, from the University of Oklahoma in 2008, and is a member of Phi Beta Kappa.

Anne is admitted to the practice of law in the state courts of Oklahoma; the United States District Courts for the Northern, Western, and Eastern Districts of Oklahoma; and the Tribal Court of the Osage Nation.